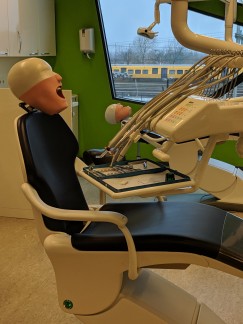 It was back over the border into Netherlands today for a visit to ROC Nijmegan.  ROC translates to Regional Education Center, an institution that is strikingly similar to the U.S. notion of the community college.  In fact, there were no ROC’s in Netherlands until the 1990’s, when the country had a Minister of Education who had been educated in the United States and introduced the community college concept here.  Prior to this, any occupational/vocational schooling occurred in entirely separate institutions, such as a cosmetology salon or a training center for mechanics.  The ROC concept brought educational programming for vocational occupations together under unified leadership, governance, and funding and also incorporated a few other missions (also strikingly similar to the community college):  adult education, general education, and workforce training.  Also similar to community colleges, the ROC’s work closely with business and industry to remain adaptive to ever-changing workforce needs.

Of particular interest to me was a discussion that came out of a conversation about the needs of older students.  In the Netherlands, students are partially funded by the government (they can receive something like $250/month while pursuing higher education.  This money is meant to assist them in paying for college and living expenses.  Unlike Germany, students are expected to pay tuition in the Netherlands.  However, past the age of 27, one is no longer for government assistance or student loans.  This makes it very difficult for those in lower-wage occupations to re-enter school or training later in life.  Additionally, I could not find any information about any form of student supports other than an expectation that faculty demonstrate a welcoming attitude and help build confidence for all students.  The concepts of “wrap-around” supports of “serving the whole student” do not seem to exist here.

The Dutch educational system, as illustrated by the above slide, is fairly complex and difficult to decipher; however, one characteristic that seems to set it apart from the German system is the amount of flexibility it gives students to move between paths and take alternative paths to the highest degree levels.  Our hosts informed us that there is currently a national debate taking place regarding the future of these students.  Many educators are concerned because too few students are being successful in the chosen field.  There is some discussion that perhaps the students have been asked to commit to  a desired path at too early of an age, with the result that too many students make a wrong choice and drop out or remain unmotivated in the chosen field. 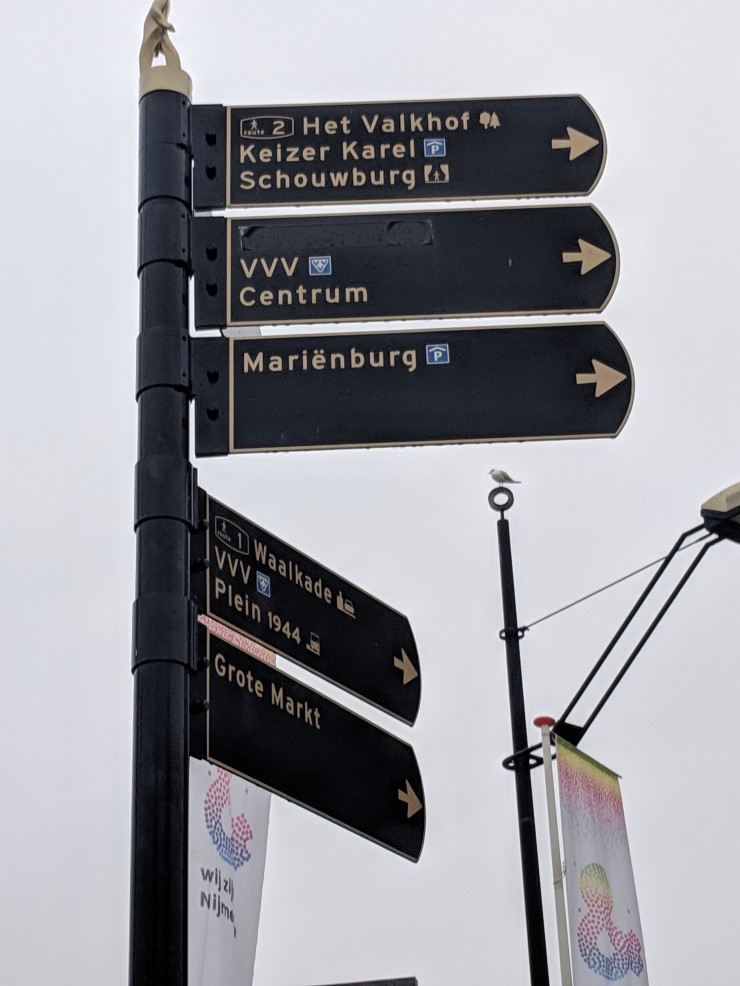 After spending a wonderful morning at the ROC Nijmegan, we had another delicious student-prepared lunch and then enjoyed a tour of the City of Nijmegan before venturing forth into “In the blue hand,” the oldest operating bar in the country (more than 500 years old).  We also learned a bit of history and took in many sights of the beautiful city of Nijmegen. 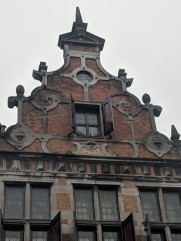 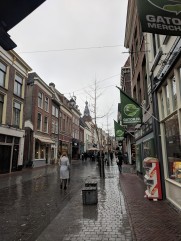 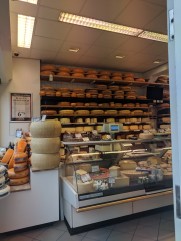 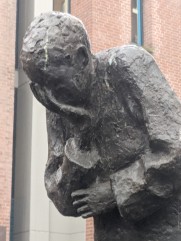 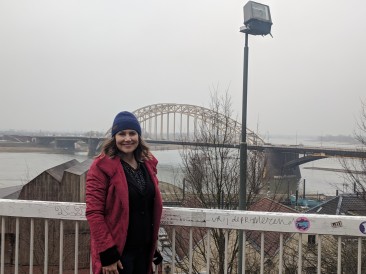